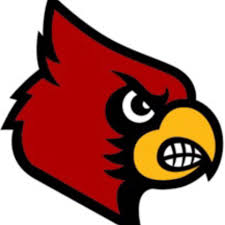 ANAHUAC – The Bridge City Cardinals lost 33-0 on the road to the Anahuac Panthers on Friday night in nondistrict action at Panther Stadium.

Due to a couple of injuries from last week, the Cardinals (2-2) were in for a tough night. Two of their usual starters – quarterback Ethan Oceguera and tight end JT Fielder – were missing from the lineup against Anahuac (3-1).

The Panthers established the rushing attack early in the first quarter, scoring for the first touchdown of the night on a five-yard rush by Landon Corbitt. Christian Sanchez punched the ball in for a two-point conversion afterwards to put Anahuac up 8-0.

The Bridge City offense would struggle to find any consistency. Justin Abate started the game at quarterback for the Cardinals, and it took several possessions for him to settle in.

Anahuac would take possession near the end of the first quarter, rushing the ball eight times before Corbitt scored his second touchdown on a 22-yard run. Just like the first time, Sanchez again converted the two-point attempt and Anahuac went up 16-0.

Bridge City began to find their stride halfway through the second quarter, driving downfield into their opponent’s red zone. However, a bold call to go for it on 4th-and-four ended with Abate’s pass getting broken up, turning the ball over on downs.

After halftime, both offenses stalled out until the end of the third quarter when the Panthers scored on a goal-line touchdown rush from Sanchez. After the PAT, the scoreboard read 23-0.

Bridge City switched quarterbacks in the second half, putting in Dorian Pruitt. Their offense continued to struggle though and Abate re-entered the game in the fourth quarter.

Anahuac found the end zone one more time. Quarterback Marcos Curiel connected with Corbitt for a 56-yard score. In the closing minutes of the fourth, the Panthers kicked a field goal to take a commanding 33-0 lead as the clock ran out.

Bridge City’s inconsistency kept them from putting any points on the board as they fell to 2-2 overall. Thankfully for the Cards, their upcoming bye week means their injured starters have time to rehab before their district opener against Hamshire-Fannett on Oct. 1 on the road.