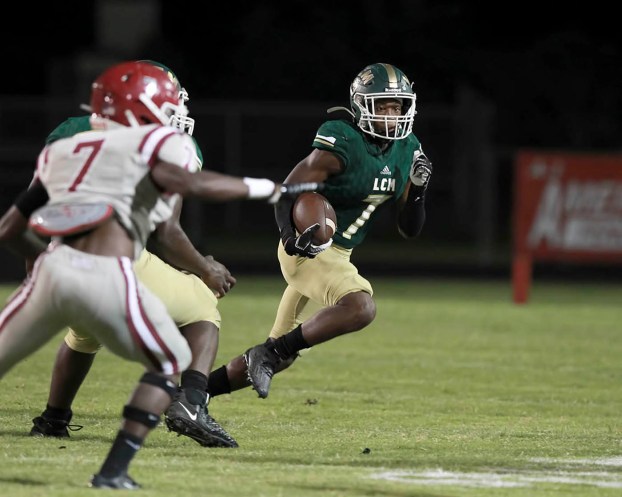 Local high school football players will get to test the heat as they will start football practice Monday with two schools, Little Cypress-Mauriceville and Bridge City, sporting new head coaches while West Orange-Stark, Vidor and Orangefield will have their veteran coaches leading the way.

Eric Peevey will guide the LC-M Bears after a nice run as the head coach at Beaumont West Brook while Cody McGuire, fresh off being an assistant at state champion Austin Westlake, will lead the Bridge City Cardinals.

Over at WO-S, the Mustangs will be on a quest to win their 12th straight district crown as they will look to continue their tremendous tradition.

The Mustangs have reached the Class 4A Division II Region III Finals nine out of the past 10 years under the leadership of Thompson and staff, that included a four-year run to four straight Class 4A Division II State Championship games from 2014-2017 in which they won two state titles in 2015-2016.

WO-S returns nine starters on offense and five off defense from a 8-1 unit that reached the area round of the playoffs.

The Mustangs will report to practice Monday at 7:30 p.m. when they will have a meeting in the baseball stands. They will run the stands and hit the weight room before hitting the practice field.

The Mustangs will have two scrimmages, going to Port Neches-Groves Aug. 13 and visiting Vidor Aug. 19.

WO-S will open its season Aug. 27 on the road at Nederland. The Mustangs will crank up District 11-4A Division II play Sept. 24 at home against Hamshire-Fannett.

The Mustangs will have their media day for their football program and mugshots on Saturday, Aug. 7 at 9 a.m.

The LC-M Bears will look to make the playoffs again as Peevey has brought plenty of enthusiasm as the Bears look to bounce back from a 1-7 campaign. LC-M has made the playoffs six of the past eight years.

The Bears have five starters returning on offense and seven on defense.

LC-M will be hosting two scrimmages as they welcome in Orangefield on Aug. 13 and Bridge City on Aug. 19.

The Bears will open their season on the road Aug. 27 at Hamshire-Fannett. They will crank up District 10-4A Division I play Oct. 8 when they visit Huffman.

LC-M will have its media day for mugshots and team photos for their program Saturday, Aug. 7 starting at 9 a.m.

The Bridge City Cardinals will look to find their way back into the postseason behind McGuire’s guidance after going 1-6 last season.

The Cardinals were a young squad last season and they return nine offensive starters and five on defense.

Bridge City will visit Lumberton for its first scrimmage Aug. 13 and will head to LC-M for its second one Aug. 19.

The Cardinals open up their season Aug. 27 at Buna. They will start District 11-4A Division II action Oct. 1 at Hamshire-Fannett.

The media and mugshot day for the Cardinals for their program will be Saturday, Aug. 7 from 7:30 a.m.-9 a.m.

The Orangefield Bobcats look to zip back into the postseason for the second straight year for Coach Smalley. The Bobcats return five starters on offense and eight on defense from last season’s 4-5 playoff unit.

The Bobcats will go on the road for both of their scrimmages as they will head to LC-M Aug. 13 and to Lumberton Aug. 19.

The media and mugshot day for the Bobcats and their program will be Saturday, Aug. 7 starting at 8 a.m.

The Vidor Pirates will look to improve upon last season’s first year in Class 4A. Vidor made the playoffs with a 4-5 mark and Coach Mathews will see five starters return on each side of the ball.

The Pirates will take on Buna in a scrimmage Aug. 13 and will host WO-S Aug. 19. Vidor opens its season Aug. 27 at home against Silsbee. They will start District 10-4A Division I play Oct. 8 at Splendora.