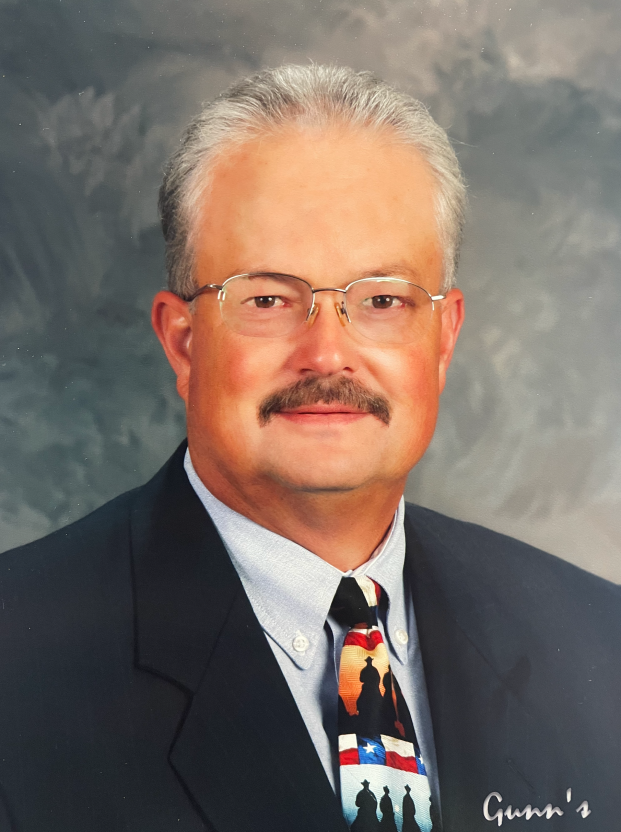 On Thanksgiving Day, November 24, 1960, William “Bill” Robert Hughes, Jr. was born to William Robert Hughes, Sr. and Martha Louise (Monroe) Hughes at St. Joseph’s Hospital in Houston, Texas.  In 1962 the family moved to Orange, Texas where Bill flourished with his wife and nine children until his untimely passing on April 6, 2021.

Bill attended St. Mary Catholic School through 8th grade and was a 1979 graduate of West Orange-Stark High School. After high school, Bill attended Texas A&M University where he received his Bachelor of Science Degree in Civil Engineering and proudly held the title of Fightin’ Texas Aggie, Class of 1983.

As a licensed Professional Engineer, Bill served as the Director of Engineering Services for the Sabine River Authority of Texas and went on to also manage SRA operations for the lower river basin for nearly two decades. Bill also served professionally as President of the Orange Rotary Club where he was honored with the Paul Harris Fellow Award in April of 2015.

Bill Hughes was a devout Catholic and a humble man of faith and service. He and his wife, Anna, raised their family in St. Mary Catholic Church in Orange, Texas where he served as a member of the Parish Council and Knights of Columbus. Bill was an Eagle Scout and gave back to the Boy Scouts of America and his home troop by serving as Scout Master of Troop 1 for over 10 years. One of Bill’s proudest fulfillments was all seven of his sons receiving the honor of Eagle Scout through Troop 1. Bill was a genuine man who always led by example and he forged qualities of work ethic, patriotism, kindness, love, leadership, and cheerful service in his children.

Bill loved to hunt, fish, sing, and play guitars but his true passion in this life was his family and sharing his love, talents, hobbies, and advice with them. Bill was a pillar of unconditional love and support for all of his children both in their life choices and in their hobbies and he never missed a ball game, cow show, rodeo, concert, ceremony, banquet, or event in which they participated. Bill was always there for the ones he loved and to have him in your corner was all the support needed to do anything you set out to achieve. Bill was a gentle man but never left any room for questions as to his position about any controversial topic, politics, or about his faith and would proudly defend them with an admirable sense of certainty and confidence.

Bill stood for love, family, faithfulness, forgiveness, and kindness and he found his joy in the simpler things in life. He firmly believed that he could solve any problem that surfaced through plenty of prayer and a few uninterrupted hours on his tractor.

Bill Hughes is preceded in death by his father, William R. Hughes, Sr. and his daughter Tiffani Danielle Hughes.

Serving as honorary pallbearers will be Kenneth Hughes and Jim Hughes.

Visitation will be held at St. Mary Catholic Church in Orange, Texas on Friday, April 9, 2021 from 5pm-8pm with recitation of the Holy Rosary at 6pm.

At 1pm, all will process to St. Mary Catholic Cemetery for the Rite of Christian Burial.

Lunch will follow at the St. Francis San Damiano Center catered by The Hut.

In lieu of flowers, memorial contributions can be made to St. Mary Catholic School Foundation at 912 W. Cherry Ave. Orange, Texas 77630.