DALLAS, Texas — The U.S. Environmental Protection Agency, the Department of Justice and the Louisiana Department of Environmental Quality (LDEQ) announced a settlement with Dow Chemical Company and two subsidiaries, Performance Materials NA Inc. and Union Carbide Corporation, that will eliminate thousands of tons of air pollution from four of Dow’s petrochemical manufacturing facilities in Texas and Louisiana.

The settlement resolves allegations that Dow and its subsidiaries violated the Clean Air Act by failing to properly operate and monitor industrial flares at their petrochemical facilities, which resulted in excess emissions of harmful air pollution. Under the settlement, the companies will spend approximately $294 million to install and operate air pollution control and monitoring technology to reduce flaring and the resulting harmful air pollution from 26 industrial flares at the companies’ facilities in Hahnville, La.; Plaquemine, La.; Freeport, Texas; and Orange, Texas; pay $3 million in civil penalties; and perform three state-authorized beneficial environmental projects in Louisiana.

“By requiring a reduction in the quantity of waste gases that are flared and an improvement in combustion efficiency at four Dow facilities, this settlement will prevent the annual discharge of thousands of tons of harmful air pollutants,” said Larry Starfield, EPA’s Acting Assistant Administrator for the Office of Enforcement and Compliance Assurance. “Those controls, plus a requirement for fence line monitoring of benzene emissions, will result in significant benefits for the local EJ communities in Texas and Louisiana.”

The complaint, filed Tuesday along with the settlement, alleges that Dow and its subsidiaries “oversteamed” their flares and failed to comply with other key operating parameters that ensure the volatile organic compounds (VOCs) and hazardous air pollutants contained in the gases routed to the flares are effectively combusted.

The pollutants addressed by the settlement can cause significant harm to public health. VOCs are a key component in the formation of smog or ground-level ozone, a pollutant that irritates the lungs, exacerbates diseases such as asthma, and can increase susceptibility to respiratory illnesses, such as pneumonia and bronchitis. Chronic exposure to benzene, which EPA classifies as a carcinogen, can cause numerous health impacts, including leukemia and adverse reproductive effects in women.

Flares are devices used to combust waste gases that would otherwise be released into the atmosphere during certain industrial operations. Well-operated flares should have high “combustions efficiency,” meaning they combust nearly all harmful waste gas constituents, like VOCs and hazardous air pollutants, and turn them into water and carbon dioxide. The agreement is designed to improve Dow’s flaring practices. First, it requires Dow to minimize the amount of waste gas that is sent to the flares, which reduces the amount of flaring. Second, Dow must improve the combustion efficiency of its flares when flaring is necessary.

In order to minimize the waste gas sent to the flares at each facility, Dow will operate flare gas recovery systems that recover and “recycle” the gases instead of sending them to be combusted in a flare. The flare gas recovery systems will allow Dow to reuse these gases as a fuel at its facilities or a product for sale. Dow will also create waste minimization plans for each facility to further reduce flaring. For flaring that must occur, the agreement requires that Dow install and operate instruments and monitoring systems to ensure that the gases sent to its flares are efficiently combusted. Dow will also perform air quality monitoring that is designed to detect the presence of benzene at the fence lines of the four covered plants and pay a civil penalty of $3 million. The LDEQ will receive $675,000 of the $3 million total civil penalty, in addition to the beneficial environmental projects.

More information about this settlement can be found at https://www.epa.gov/enforcement/dow-chemical-company-performance-materials-na-inc-and-union-carbide-corporation-clean

The consent decree, lodged in the Eastern District Court of Louisiana, is subject to a 30-day public comment period and final court approval. The consent decree will be available for viewing at https://www.justice.gov/enrd/consent-decrees 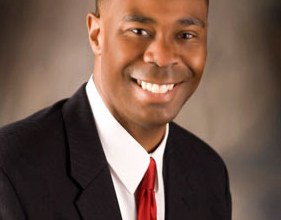 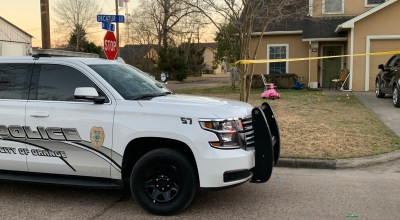