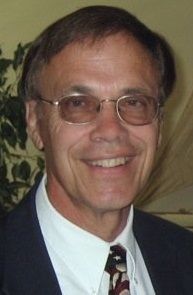 Big tech outlets Twitter and Facebook are presently “actively interfering in this election in a way that has no precedent in the history of our country.”  So said Senator Ted Cruz of the Senate Judiciary Committee, October 15 after thousands of incriminating documents were released by the New York Post the previous day showing Joe Bidden knew a great deal about the corruption of his son Hunter with Burisma in the Ukraine , despite his insistence that he didn’t.  This looks to be the biggest case for influence peddling for money and election interference, in U.S. History.

This story was immediately blocked by both Twitter and Facebook.  The New York Post, the fourth largest newspaper in the nation, itself faced censorship of Its own story, when it attempted to cover the newly released documents  “Never before have we seen active censorship of a major press publication, with serious allegations of corruption of one of the two candidates for president.”  Senator Cruz had tried to share the story with others and was himself blocked by Twitter (Ted Cruz EXPLODES On Big Tech Censorship, C-Span Senate Judiciary Committee, October 15, 2020).

The same paper broke a second Biden scandal story in China the next day revealing “the Biden family receiving millions of dollars from Communist China government officials.”  Neither of these stories is new.  But the thousands of documents suggesting influence peddling and the amount of money, millions, coming to the Biden family with it, including to “the big guy,” Joe, is new, powerful, damning and can’t be ignored outside censorship.  The Hunter Biden trove of laptop documents also implicate Hunter’s Uncle James Biden and James’ wife, Sara Biden (“Emails reveal how Hunter Biden tried to cash in big on behalf of family with Chinese firm,” by Emma-Jo Morris and Gabrielle Fonrouge, New York Post, October 15, 2020. View also New York Post first story “Biden Secret E-Mails”, October 14, 2020).

Two emails that popped up early, of the estimated 40,000 emails, were particularly interesting.  One with Chinese billionaire Ye Jianming, chairman of the CEFC China Energy Co., China’s largest private energy company, during Joe Biden’s vice presidency.  In it Hunter demanded “a $10 million annual fee” for three consecutive years for “introductions alone” to his father Joe Biden.

A second email entitled “Expectations” sent to Hunter in a proposed related business venture divided the resultant equity profit into six “remuneration packages.”  Strangely only first names were identified and recipients only by initials.  Of the six recipients Hunter was to receive 20% and another 10% was to be held by Hunter for “the big guy,” presumably his father Joe Biden (Ibid.).

When pieces of the story began to emerge last year, Joe Biden denied any wrongdoing and that he knew of any of the business dealings of his son Hunter.  The documents from Hunter’s own laptop show otherwise.  Democratic Party news outlets never ask him about this, then or now—and never will.  Since the avalanche of documents went public October 14, Joe’s only comment is that it is a smear.  Otherwise he refuses any question on it and has cancelled all public appearances until after the coming debate, October 22.  Unless Donald Trump can find a way to bring it up, it will be censored by Democrats then as well.

Biden’s defenders first attacked the repair shop owner, then disinformation, then the discredited Russian collision—again, and now Rudy Giuliani—each failing in turn.  They do not deny any specific allegation, nor that the documents are not real, nor that they didn’t come from Hunter’s own laptop.  With thousands of text messages and emails they know they can’t.  So they have resorted to censorship.

Thus the rush by the Democratic Party billionaire CEO’s Jack Dorsey, of Twitter, and Mark Zuckerberg, of Facebook to censor the story away so Americans cannot see the blatant evidence—at least not before November 3rd.  Presumably if Joe Biden is elected president this all goes away.

Hunter Biden never returned for his laptop.  Eventually, in December 2019, the repair shop turned it over to the FBI which admits having it in their possession.  It, with all the incriminating evidence, exists!  Why they sat on it for most of a year has yet to be explained,

As a result of what appears to be both a contribution in kind and election interference by Twitter and Facebook, Chairman of the Judiciary Committee, Lindsey Graham, is calling for billionaire CEO’s Jack Dorsey, of Twitter, and Mark Zuckerberg, of Facebook, to testify before his committee October 23,  The accusation “contribution in kind” is because no amount of money contributed can equal the power dealt the opposing side by the censorship of the probable coverup of allegations of corruption.

Chairman Graham explained, “These social media platforms have a dominance in our lives: their newspapers, their TV stations, their radio stations, their publishers.  And this to me crystallizes the problem better than anything I could think of for the American people. You may be a Democrat, saying I don’t want to hear the New York Post,[but] it could be you tomorrow.”  Adding, “So the point is that the power behind these platforms have been taken to a level that truly is dangerous” (Ted Cruz EXPLODES On Big Tech Censorship).

Dr. Harold Pease is a syndicated columnist and an expert on the United States Constitution. He has dedicated his career to studying the writings of the Founding Fathers and applying that knowledge to current events. He taught history and political science from this perspective for over 30 years at Taft College.  Newspapers have permission to publish this column. To read more of his weekly articles, please visit www.LibertyUnderFire.org. 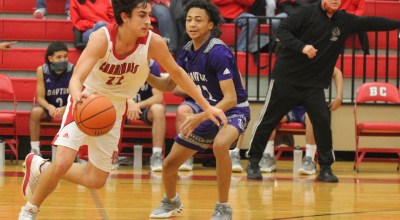