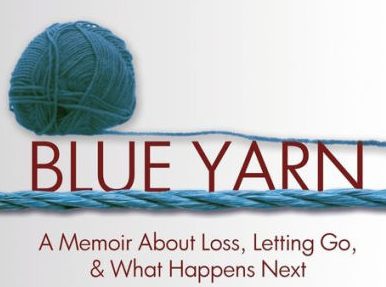 The Postscript: A blue tarp can inspire change

The Postscript:
By Carrie Classon

I noticed my wrists were sticking to my desk.

This was a gradual awareness. I spend almost all day at my desk and I don’t know precisely when it started, but I finally looked down because my wrists were undeniably sticky. I had used the wrist rest in front of my keyboard for… well, forever, and I’d noticed there were a few rips in the fabric. This had apparently progressed, completely unnoticed, until the wrist rest had started to ooze some awful sticky substance, which was now stuck to my arm.

“How did this happen?” I asked myself.

I have a friend whose father was a hoarder. She described the process whereby the house slowly filled with his stuff. He would conquer one room and then, almost imperceptibly, move into the next room until one day, the family found they could no longer use the kitchen range because it was piled high with stuff.

“How does this happen?” I asked her.

I remember a trip across the country when my husband, Peter, and I came upon a mobile home, sitting by itself, completely covered in a faded blue tarp. I assumed the home was abandoned until I saw there was a light on. The light was kind of hard to see because all the windows were covered with the blue tarp.

“How do you get to the point where you are living under a blue tarp?” I asked Peter.

“Gradually,” he said. I think this is probably true.

I’m guessing there might have been a way to fix that roof that would have allowed the occupants to see out the windows. But they probably thought this would work for a little while. Then one day turned into two, two days turned into months and, after a while, they got used to it. Who needs curtains when all your windows are covered with a blue tarp?

I am spending more time in my house than ever before and it has caused me to notice things.

One morning I was waiting for my coffee to warm up and I got to looking at the poster we have hanging in the kitchen. The poster predates our marriage. I remember how I liked it when I first saw it—a cheerful print of peppers in shades of red and green with the names of the peppers underneath. I took a good look at that poster for the first time in ages and realized there were no longer red and green peppers on it. All the peppers had faded to various shades of pale pink and baby blue.

Furthermore, the frame had come unglued and there was a giant gap where there shouldn’t be. The whole thing looked dreadful, and it had been hanging there in plain sight for who knows how long without me noticing.

“Peter! The pepper poster looks awful!” Peter took a look at it.

“How did this happen?”

I am replacing the pepper poster with a new poster of peppers. They are brightly colored and hopefully will stay that way for a few years.

In the meantime, I am looking around the house as if seeing a newly discovered land, trying to see what I no longer notice. (Why is there a box of cookies tucked behind my printer? Why are there peat pots stacked on the washing machine?) It is a revelation, looking at my house anew.

And it’s probably a good exercise. I’d like to do whatever I can to keep from waking up one morning and looking out on a blue tarp. 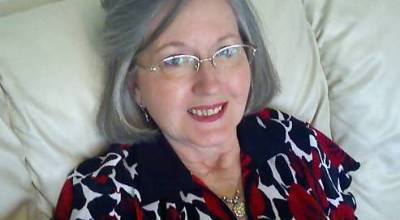 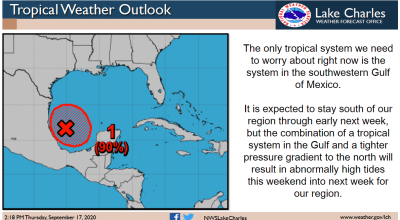