Bridge City set for Strength and Conditioning program that… 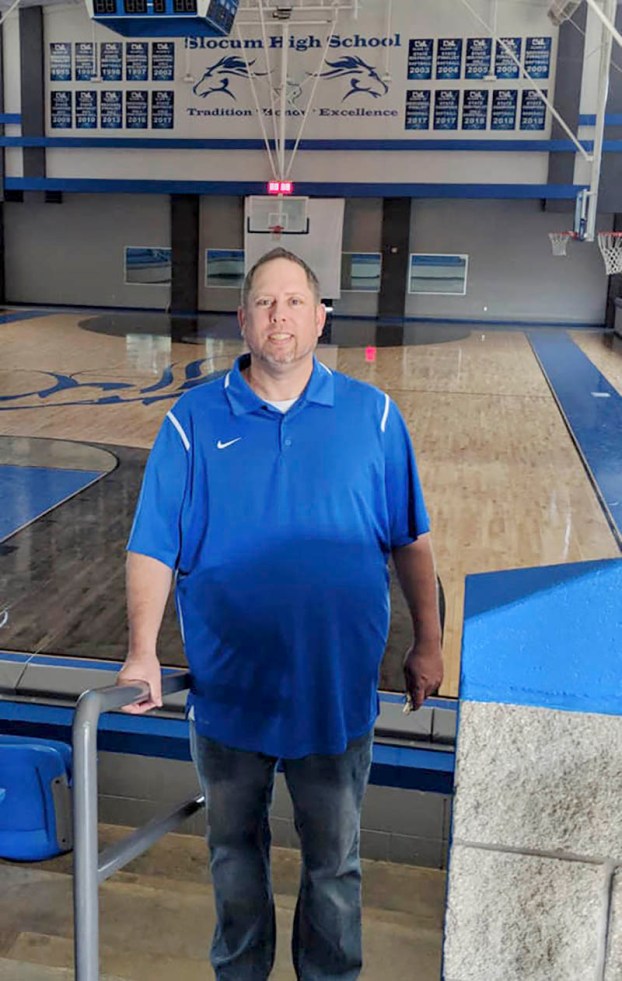 WEST ORANGE – A new face will be guiding the West Orange-Stark Lady Mustang basketball program this coming season and he’s thrilled to be back in the Southeast Texas area.

Michael Bethea, who has had head girls coaching stints at Starks (La.), Hamshire-Fannett and Slocum, will take over for D.J. Wilson, who is now the boys head basketball coach at WO-S.

Wilson led the Lady Mustangs to one of their best finishes in years.

With the new grit and determination, the Lady Mustangs earned the fourth-place playoff berth out of District 22-4A. The Lady Mustangs (21-13) went on to strum 21-4A champion Livingston in bidistrict and then throttled Houston Kashmere in the area round before falling to 4A juggernaut and 22-4A rival Hardin-Jefferson in the regional quarters.

There is no doubt that Bethea and Wilson will share plenty of basketball knowledge between one another, after all, they are brother-in-laws.

“I’m just so thrilled and excited to be back in Southeast Texas again,” said Bethea, who spent a lot of his school-age days in the Deweyville school district. “Most of our family lives here and there isn’t any other place I would rather be.”

Bethea was a standout athlete while at Deweyville and his father John Bethea was the athletic director and head football coach. His father got a job at Joshua when Michael was 16 and they moved there and they also were in Stephenville as well when John Bethea was an assistant coach when the Stephenville football team was on a roll with Art Briles and winning state titles.

“You can definitely say sports has always been an important part of my life and I just love it,” said Bethea. “I got a late start into the coaching and teaching business and decided it was my calling and I went on and got my degree from Tarleton State in 2012.”

Bethea definitely enjoyed his stay in Starks (La.) winning district titles and was just one win away from going to State during the 2014-15 campaign.

“That was a great team for sure and we had some tremendous senior leaders on that team and we were all so close,” said Bethea. “I was just as proud of that younger group the next season because not many gave us a chance and they went and took the district again.”

Bethea went back to coach the Deweyville boys team and then was head coach at Hamshire-Fannett and then ventured to Slocum last season.

“I had great times at Hamshire and Slocum, working with teams that were trying to rebuild,” said Bethea. “Then once I found how about this opportunity at WO-S I was all aboard about coming back to where my roots are and to get my family here again. WO-S has some amazing kids, I witnessed that through staying in contact with D.J. all through the year, plus I got to see them play some too. They have a lot of athleticism here and they are so bright, D.J. has told me so much about how the kids are academically strong and some of the things they have accomplished away from the court in the classroom. That’s something to be proud of.”

Bethea doesn’t plan to alter a whole lot of things that were done with the Lady Mustangs last season.

“We’re going to apply full-court pressure as much as we can and apply the pressure throughout the game because if you can do that well, it leads to easy baskets and it opens up everything else up as well,” said Bethea. “I know D.J. might laugh at me a little for saying this, but I plan to push the ball up the floor even more when we have it.”

Bethea’s sophomore daughter Brooke will also be on the roster. She was one of the standouts for a young Slocum squad last season.

“I’m super happy for her and she’s the type of kid that can fit in with everybody,” said Bethea. “Now, more of the family will get to see her play too.”

Now Bethea, along with Wilson, are getting ready to see the future of the Mustang hoop programs starting next week as schools will be opened back up for athletes to work out.

“I know some of the kids already, but I’m so ready to get things started and have a chance to meet them all,” said Bethea. “I’m thrilled that WO-S has allowed me this opportunity. I know the talent is there and we want more kids to come out and play basketball. D.J. really has it going in the right direction and I want to keep it heading that way and he wants to do the same thing with the boys.”

The last thing, who has a better jumpshot, Michael or D.J.

“I do, of course, and D.J. knows that, I just don’t know if he will admit it,” laughed Bethea.

WO-S has hired four other coaches as well. Michael Trahan will be the new volleyball coach. Phillip Mattingly will join the varsity football staff as a assistant receivers coach. Alonte Thompson will coach ninth grade football and basketball while Jayden Jennings and Robert Arrington will both coach at the junior high.

Three tips to pick out a sweet watermelon

And Now You Know: One hundred called for jury service

Sales tax revenue on the rise

The importance of safety when swimming in backyard pools

Numbers on the rise