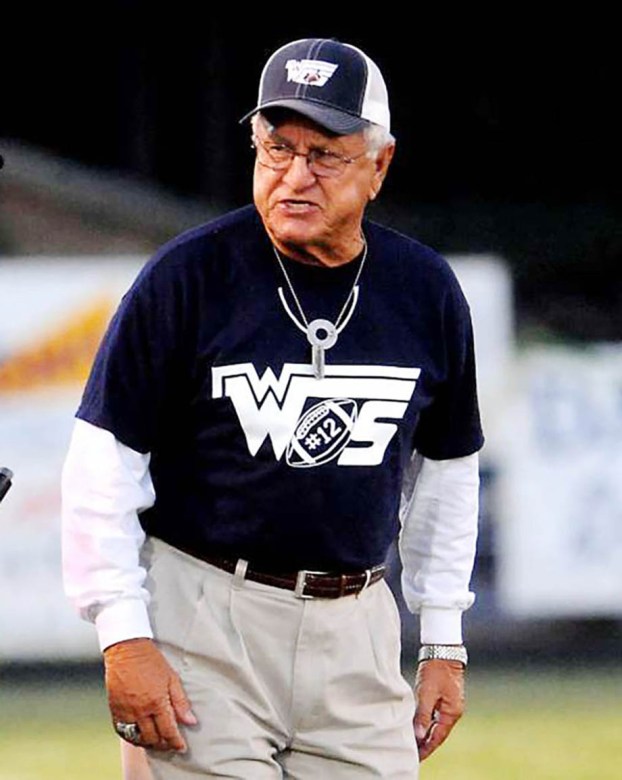 Coach Hooks will be inducted into the Texas High School Hall of Fame in Waco on May 2, 2020. He will also be honored with the other coaches entering the Hall during the State Championship Games in Arlington on Dec. 21.

Everyone in the area knew WO-S was on the brink of something special back in 1985 when they took a stout Houston Yates squad down to the wire in the Mustangs’ last year in 5A.

WO-S claimed its first of back-to-back 4A state titles when they toppled McKinney in the State Championship battle in 1986. The game fans may remember the most that year was when the Mustangs toppled Jasper 21-15 in the third round. Jasper had defeated WO-S earlier in the season by a score of 21-8.

The Mustangs were also state runnerups in 2000 and made the state semifinals in 2005. The Mustangs went 37-19 in the postseason during his amazing run.

The Mustangs never really carried a huge roster in any of the years under Hooks. The roster has usually hovered around the 30-player mark. As many former WO-S players would put it, “It was Survival of the Fittest.”

Arguably, there is was probably not a program in Southeast Texas that worked harder than the Mustangs in the weight room in the offseason and practices during the season.

In 2009, Coach Hooks was named one of the Top 50 Most Memorable Coaches in the state of Texas in the Dave Campbell’s Texas Football Magazine’s 50th Anniversary issue.

Hooks, who was an assistant to first-ever  WO-S head coach Steve McCarthy in 1977 before taking the head-coaching duties in 1981, has watched young men head to the college level and excel.

He also witnessed former Mustangs reach the NFL level, including three-time Super Bowl winner Kevin Smith with the Cowboys along with Chris Cole, who played for the Denver Broncos.

Hooks is now able to watch Baltimore Ravens safety Earl Thomas, who also had a great run as a Seattle Seahawk, on NFL Sundays after Thomas shined at the University of Texas.